What a hot summer here in France! But hey, working on a computer we can be in a fresh place 😉

Today I’m glad to introduce you an ANE for Boom Video! Checkout the Github to include videos in your awesome AIR games!

Promoting your application, and making it easy to be accessible to everyone is one of the key of its success. Custom url schemes, are one of the best way to do it! On a previous blog post, I explained how you could use them with AIR.

I also presented a service, rdrct.it, which allows thanks to a unique link to direct you on the mobile store corresponding to your mobile operating system and even launch the app if it’s already installed!

Branch Metrics goes way further (and for free). You have all the options of rdrct.it and you can give parameters to links. In other words, for instance, you can invite your friend to a game you’re playing (via a link generated inside the app) and for example giving him some of your items so he won’t start from scratch! This open the door to many opportunities.

Give a try to the Branch Metrics ANE, it has been crafted with love by your humble servant!

We’re glad to introduce our first commercial product: an ANE for Google+!

We’re big fan of Milkman Games’ ANEs, especially the GoViral one. It enables to share a post on Facebook, Twitter, mail… everywhere? Not really. It’s missing Google+! Thanks to our ANE, you will be able to target the Google+ platform for iOS and Android.

END_OF_DOCUMENT_TOKEN_TO_BE_REPLACED

Update: The project has been FWA mobile of the day! Note that this blog post was written 3 months before its publication.

END_OF_DOCUMENT_TOKEN_TO_BE_REPLACED

I think AAA studios were laughing when Flash was announced dead, because they use it daily. Mass Effect, Tomb Raider, The Witcher, Crysis… all of them use SWF file for their UI stuff. Have you thought a moment that even EA was using SpriteSheets with several resolutions for its menu!? Obviously not, with SWF file they are able to target all resolutions needed with just scaling/stretching their SWF without any loss, from a crappy 640 x 480 resolution to a 4k. However they are not doing it via AIR (it even doesn’t exist on console), but via Scaleform. Let’s have a look on this amazing tool!
END_OF_DOCUMENT_TOKEN_TO_BE_REPLACED

This last month I worked for Fontevraud, the largest abbey in Europe! I updated their iBar program. Inside the main chapel, they have several touch screens displaying Fontevraud’s informations about Eleanor of Aquitaine, a Quiz, a Pacman retracing the story of a prisoner (the abbey was a prison after the French Revolution)…

The iBar program (PC only) works exactly like an iPad, a main screen launching applications. That was the first time that I worked for a museum, and so there were new kinds of problematics: how to know if a touch screen crashed and notify someone? How to get the errors for fixing them later? How to update the application on each touchscreen without human intervention on each machine?
END_OF_DOCUMENT_TOKEN_TO_BE_REPLACED

END_OF_DOCUMENT_TOKEN_TO_BE_REPLACED 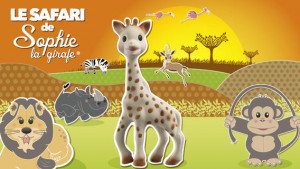 Hey, I’m glad to share with you that Silly Family is now available on the Mac App Store! Don’t hear anything about Silly Family? Have a look there.

Thanks to Adobe AIR technology, with exactly the same code base we released the game on iOS, Mac, Android & Amazon. We could also release it to PC, but not sure where to sell it… I hope AIR would work on Windows 8 modern UI mode and so sell it via Windows store, but that’s an other story.

The first time you’re looking for putting your AS3/AIR game on the iOS store, you will find lots of tuts. However for the Mac App Store, that’s an other story. This one is the most concrete that I found.

Here is my bash script, FromAirAppToMacAppStore, working for AIR 13:

For more instructions (and latest update) have a look on my Github’s repository. Note that I’m moving some repositories to Da Viking Code‘s Github account, the Citrus will move too 😉