Someone asked me what is the best way to create a combination of physics objects in CE, like this one. You have to create the Box2D physics bodies and associate arts. Firstly, don’t forget that view can lies, but never physics. For example, on the CE’s demo on the actual website the mill’s arms are one Box2D object (with two bodies) and a single picture.
Example : 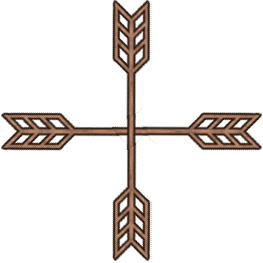 Easier than it sounds, right? The key is to override defined methods and add your new boddie.

Let’s go back to the first example on Emanuele’s website.
Click here for the web demo.
As usal, all the source code is available on the CE’s GitHub dedicated to examples.
Actually, you see the Box2D debug view, to see arts use the console :
Press tab key, write :

There are two ways to achieve it, one is not better than the other, it’s just different. You will certainly prefer one depending what you’re trying to achieve.

Create lots of CE’s object
This is the game state :

Here we create many CE objects, with lots of similar informations. The good thing is all the arts are managed by SpriteView and SpriteArt classes.
The Box2D Chain class :

Nothing too complex, we just create a joint in the right method.

And finally the ChainGraphic class :

That’s it for the first method, the most obvious.

Only one complex Box2D and art classes

For the second method, like the mill’s arms we create several Box2D bodies in one Box2DPhysicsObject class.
The GameState :

The object created there is basically a circle hang to the platform top with several chains.
The RopeChain class :

We create Vectors with all our new chains’ bodies.

And finally the most complex part on this second way, the graphic class :

Since chains’ graphics aren’t managed by SpriteView and the SpriteArt (only the circle), we have to update them manually! Note that there is a little bug on the rotation, I’m missing something here but can’t find the issue… Damn math knowledge 😀 Anyway it shouldn’t prevent you to use this method!